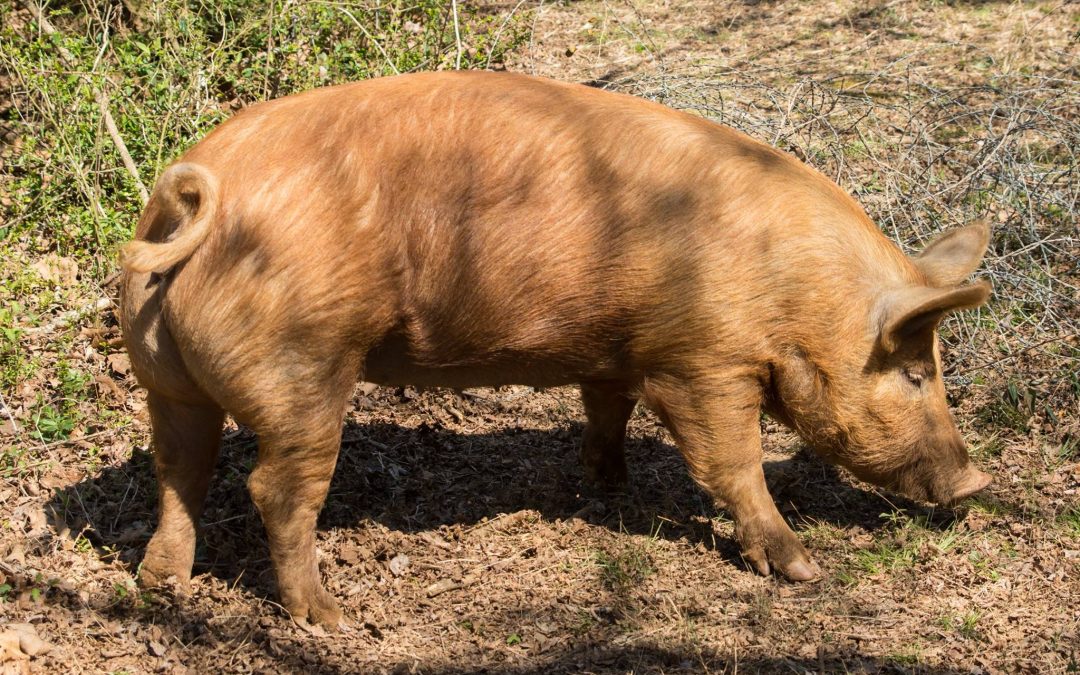 Why in the world are you not raising pigs yet?

Join SJF hosts Jason Craig and Jim Curely as they walk through the value, method, and joy of raising and butchering hogs. Sepp Holtzer says that pigs aren’t just good for meat, but are a great value to any farm and homestead as “co-farmers” in their ability to prepare soil, produce manure, and dispose of all sorts of household waste.

Hog raising and butchering is also a preserver and cultivator of true human culture itself, bringing with it a functional delight that just doesn’t have a match to it.

“As a father who has attempted all sorts of farm enterprises, I have found few things as rewarding and abundant as hogs. The animals themselves are enjoyable and even funny, and of course the results are delicious. They also aren’t long-term livestock like cows and goats, nor are they in constant danger from predators like chickens.” – Jason Craig

On this weekend at SJF, expect to learn:

Other details and perks:

Jim moved his family, Lori and their seven children, to a rural 2 acre homestead SC in 2004, cutting short a career as a physicist and patent agent. Jim was determined to live a counter-cultural life, restoring the natural order of a family economy.  Since then, Jim and his family have a kept milk cow, raised pigs and chickens, and at various times raised turkeys, rabbits and ducks.  They produce almost all their own meat and raise most of their own vegetables in their garden. For several years they had a peanut and a sweet sorghum crop on land leased from their neighbor.

Jim and his family process their own chicken, beef and pork. Though originally self-taught, Jim and his sons have now processed dozens of hogs and have traveled throughout South Carolina and into North Carolina to help other families process their first hogs.

Jim writes frequently for online and print magazines on various aspects of homestead life, fatherhood, and family. His writing has appeared in Grit Magazine, Back Home Magazine, CatholicExchange.com, CatholicLane.com, ThoseCatholicMen.com, FrontPorchRepublic.com, Heart and Mind Magazine, and Catholic Men’s Quarterly. Links to some of his writing can be found at www.jimcurley.blogspot.com.

Jim has run homestead weekends for boys in Middle and High School where prayer, Bible study, hands-on participation in agricultural activities and fellowship come together to point towards what it means to be a man.

In addition to homesteading, Jim is an Adjunct Physics Instructor at local colleges and does freelance patent preparation and prosecution from home.

Jason has a family, writes stuff, farms stuff, and wants to grow up to be Jim’s assistant.