Tending Trees When the Church is Dark 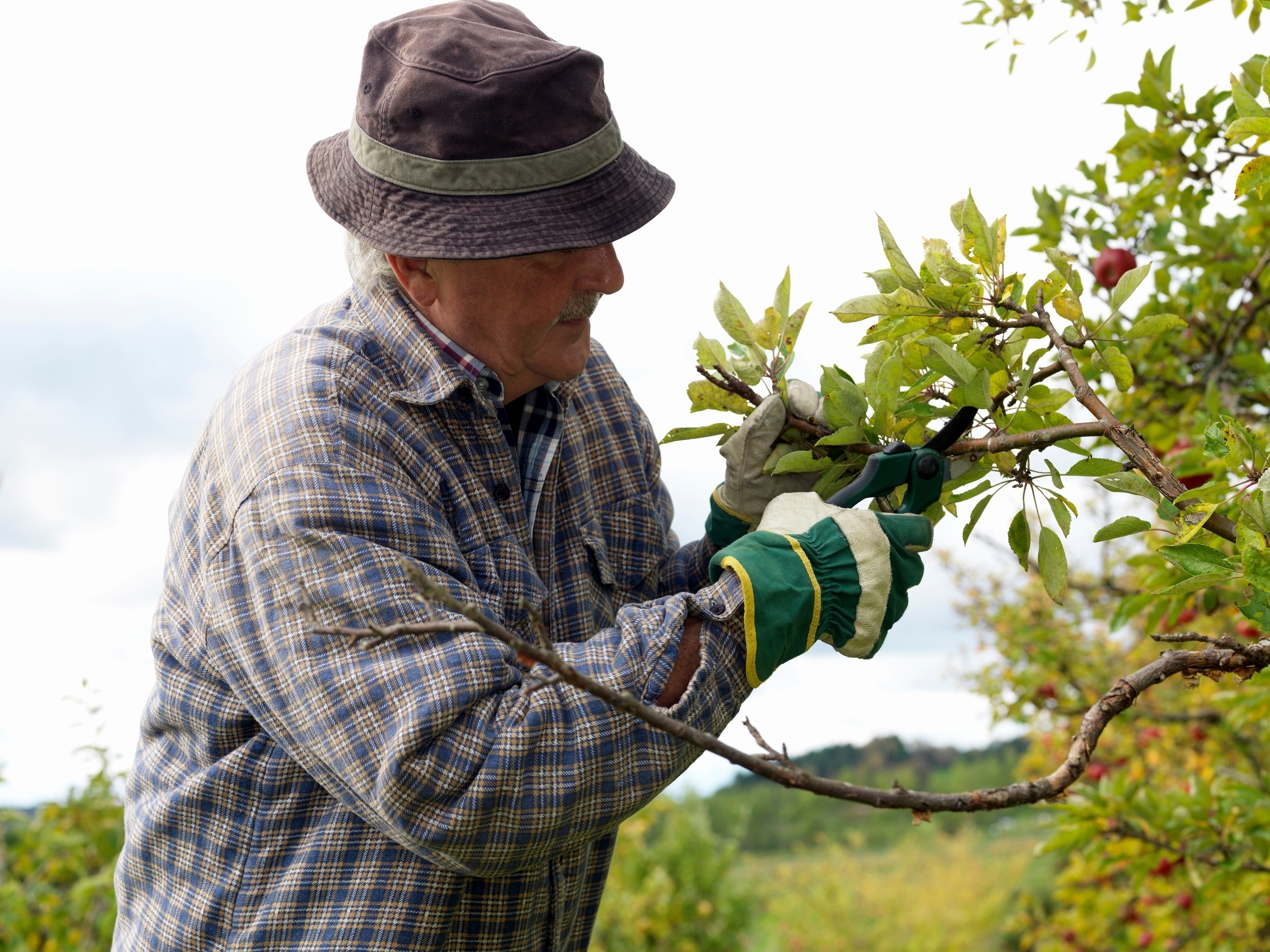 In Wendell Berry’s book The Unsettling of America he has a short but powerful little commentary on The
Odyssey. He’s describing the disarray of Ithaca, Odysseus’s home and kingdom. With Odysseus gone for
so long, there are men eating up the stores of food, with disregard for the place and its people. They
have desires they want met, and there’s no king to bring order and discipline. Odysseus comes to home
find a mess, to say the least.

When he comes upon his father, Odysseus finds him dressed not as a king, but as a peasant. “Although
Odysseus jokes about his father’s appearance,” Berry points out, “the appropriateness of what he is
doing is never questioned.” What an old king is doing in times of darkness is a small but important thing
for us today. We too see disordered desires ruling the actions of men, and there doesn’t seem to be the
will or mind to bring order to the chaos. There’s a felt absence.

In recent news, I think many men have aged quickly and poorly, meaning their hope is weakened and
their outlook dim, or dimming. Many of us ask the question, “What do we do now?” How do we spend
our time and effort? Some feel estranged in their own place, wanting even to leave what they thought
was home in a sense of fear or alienation.

What Berry notes about the old man, is that he goes back to the basics of life, exercising in a place of
disordered passions the responsibility and dignity of order: “[Odysseus] finds [his father] in an act
emblematic of the best and most responsible kind: an old man caring for a young tree.&quot; 1

Many fathers have lost very little, practically speaking, in the scandals recently revealed. Excepting
those directly abused, we have mostly lost intangibles: we have lost trust and the stomach to continue
to pretend everything is ok. But we haven’t lost access to the sacraments. We haven’t lost our families.
Most of us have a particular place and time where we are, and in that place and time we need to get to
our work. There are young trees to be tended, and I’m not only speaking in metaphor.

I, like Odysseus’s father, see a real logic in returning to the labors that life demands, the kind that are
worth doing in themselves and not just because they’re profitable. It doesn’t seem like being liberated
from real work has been good for the soul, and if we are to recover manliness (an urgent need), we’ll
have to rediscover (or recover) the things that men do, the things that engage and need his strength,
will, and mind. That’s the logic of St. Joseph’s Farm retreats – a place with a simple focus on simple
things; the engagement of men and their sons in craft and art that has intrinsic worth. Ithaca’s old king                                   sees how bad things are, and in a sense “starts at the start,” meaning he goes back to the work where
culture begins – food, labor, craft, life.

And along with worthwhile labors, teaching and educating our children is a wonderful and terrible
responsibility. Like “an old man caring for a young tree,” there’s a parable and reality in every father
that takes the formation of his children seriously. In love and generosity, we can reveal the face of the
Father so hidden and disfigured by the false images of late.

I imagine, then, that the simplest thing right now is to do worthwhile things with our family. I spent a
day with my kids in a river last weekend, fishing and playing. We are engaged in a variety of (regularly
unfinished) projects around our little farm. There are times where all we have to do overwhelms me,
and I even get in little huffs about it, but the chaos of our time and Church right now is reminding me
that here and now I am bringing order to chaos where I can, “spading the tree”, and in that very process
there is a worth and logic to the act. In other words, to be with our family in simple work, prayer, and
rest is doing something. Maybe we mostly need to get off our screens and out of our heads and, like a
wise old man long ago, take care of something young and tender in the purifying presence of sunshine
and air.