Beekeeping as a way of Life 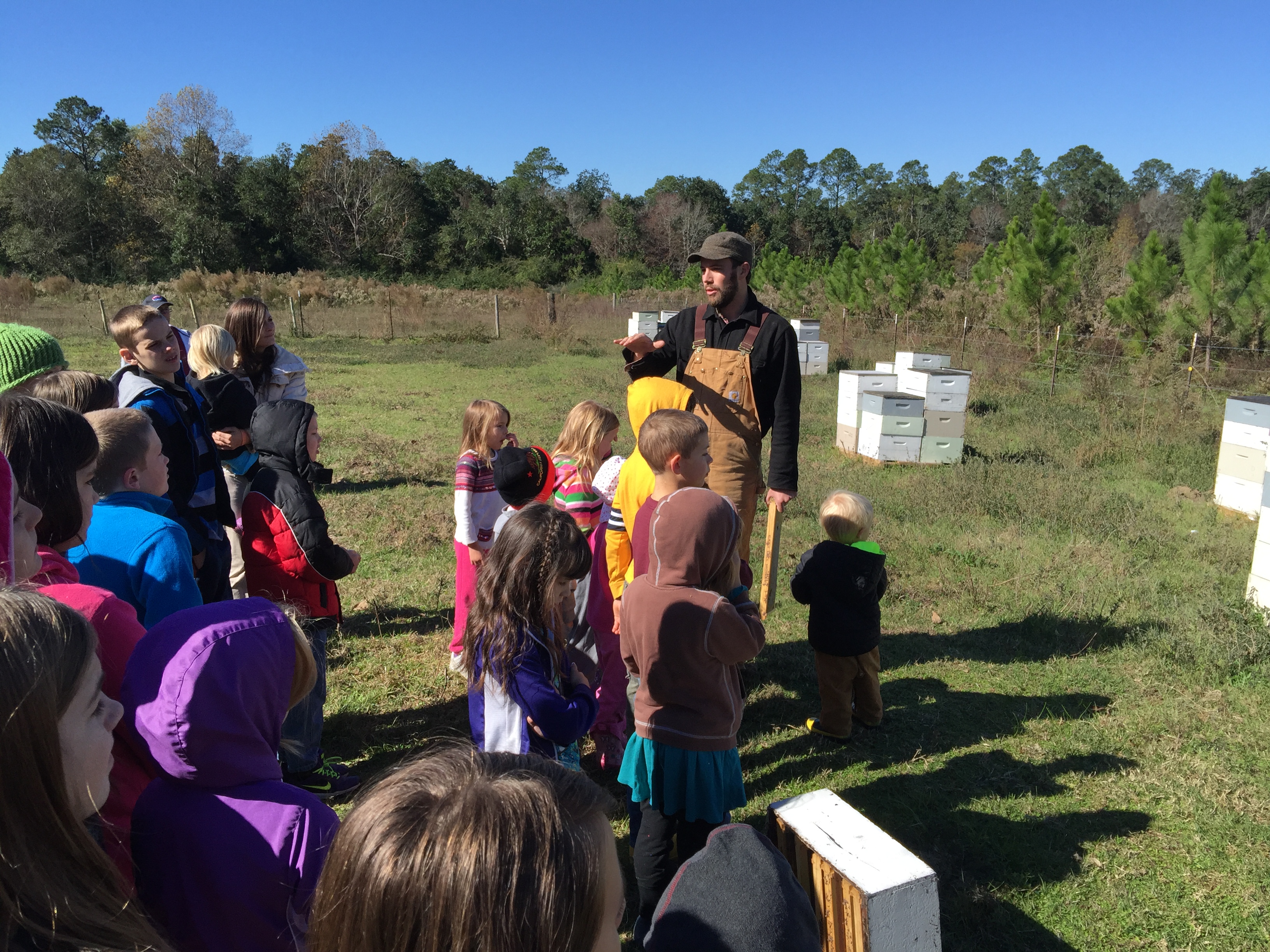 From an excerpt of Dr. Taylor’s “How to Raise Beautiful Comb Honey”

Everyone, unless he waits too long to exercise it, has a fundamental choice that he can make with respect to his own life. That is the choice, not so much with respect to what he will do for his living, but rather, with respect to what, as a person, he aspires to be. Many people, and probably even most, never really make that choice. Instead, they simply fall into a certain lifestyle, most often the one they find exemplified in their parents and others around them, without considering, or even being really aware, of alternatives. And more often than not, following the most throughly established value of our commercial and industrial culture, that way of life turns out to be one of accumulation, that is, the quest for possessions.

But, as people have now become increasingly aware, there are alternatives. Not only is the sheer power to produce goods no longer looked upon as the measure of greatness of a nation, the ownership of goods is no longer considered the worth of a person, except in the eyes of a diminishing vulgar class. One can if he but takes a moment to reflect upon it, actually chose between these two distinct alternatives; namely, shall he spend his life in indulgence of greed, having for himself no more significant aspiration than owning things and pursing pleasures? Or shall he instead try to make his life itself, in respect to his soul, a work of art? When put into those stark terms one can indeed wonder why that choice is so often so casually made, or why, indeed, so many allow it to be made for them by others, in favor of the first alternative.

Is it not time that we thought of our lives as things to fashion in the light of ideals, rather than literally spending them in pursuit of purely mundane and ultimately worthless things, such as riches? Who is more to be envied, someone who has succeeded in surrounding himself with beautiful things? Or one who has somehow succeeded in making his own life beautiful? A person can quite consciously make himself sensitive to nature and to living things, and to thoughts and feelings of people, someone capable of passions that animate the poet rather than those that drive lovers of gold, someone, in short, who excels by the quality of his own life, to which he has imparted his own reflective values, rather than one whose worth must be measured by things totally other than himself.  There have always been people who have made that choice, the decision to reflectively fashion, rather than to merely spend, the life the God has given them. What is astonishing is that, considering what is at stake, there have always been so relatively few of these people. It maybe that the fundamental drive in each of us is for security. But when that drive claims our very lives and souls the we have, in our desperate struggle for freedom of want, become slaves after all. Everyone, certainly, must cloth his nakedness, nourish his body, and lie down in the comfort of a safe shelter; but the thing becomes grotesque when, having achieved these elementary satisfactions, he then tries to indulge them ten times over. This is not, by an enlightened standard, a measure of success, but the purest bondage to the World.

That somewhat philosophical disquisition is meant  as a preamble to the very modest suggestion I wish now to offer; namely, that the way of life available to a serious beekeeper offers a special kind of fulfillment. It is no path to power or riches, but it does offer, or at least makes possible, rewards that are vastly more precious. A beekeeper’s work can be not merely a means of production, but an art that has its place with the total scheme of his life, which is itself an art in the sense I have tried to convey. It challenges both body and mind, demanding not only endurance and strength but the cultivation of great skill, and at the same time calls forth from within one the inventor, the artist, the poet and the worshipper. The beekeeper has constantly before him some of the most exquisite of nature’s creations, often the beauty of nature that no gallery or building can rival, and through his own ingenuity and skill he is able to offer to his fellow men the loveliest product of nature.

By these remarks I do not mean to suggest anything so childishly romantic as that a beekeeper’s life can itself be completely fulfilling. Of course it cannot, and anyone who was simply a beekeeper, and no more, would have a very narrow and trivial existence indeed. If however, one aspires to an orderly, simple and disciplined life whose rewards are intangible but nevertheless immeasurable, rather than those that are measured by bank accounts and possessions, then he can because a beekeeper with complete fidelity to his ideals. With only a few apiaries, on land that he need not own, and with very little else in the ways of tools and equipment, he can be a comb honey beekeeper and by that means alone earn a very substanial part of his livelihood. If his demands on the physical world are truly modest, he can earn all his livelihood this way, incorporating his work into the total deliberate scheme that is his life. Or, depending on his circumstances, location and needs, he can treat this as a considerable sideline to other endeavors, whether this be teaching carpentry or whatever. Indeed, his larger livelihood, of which comb honey beekeeping is a substantial part, can be beekeeping itself, that is to say, raising and selling honey of all kinds, and perhaps raising queen bees, and making and selling beekeeping equipment. This whole approach to gainful work is highly flexible, easily enlarged or reduced, and at no point need it violate even the most fastidious ideals of the mind and soul. It is possible in this world to live a life that is modest in its demands on the world and on others, non-exploitive either of people or of nature, a life that eschews bigness and greed and every assault upon the environment and humanity, and it is one of the beauties of beekeeping that it can totally blend with such a life. Other things can too, of course, but still, nothing does so better than beekeeping.